Some Placenames in Merriott 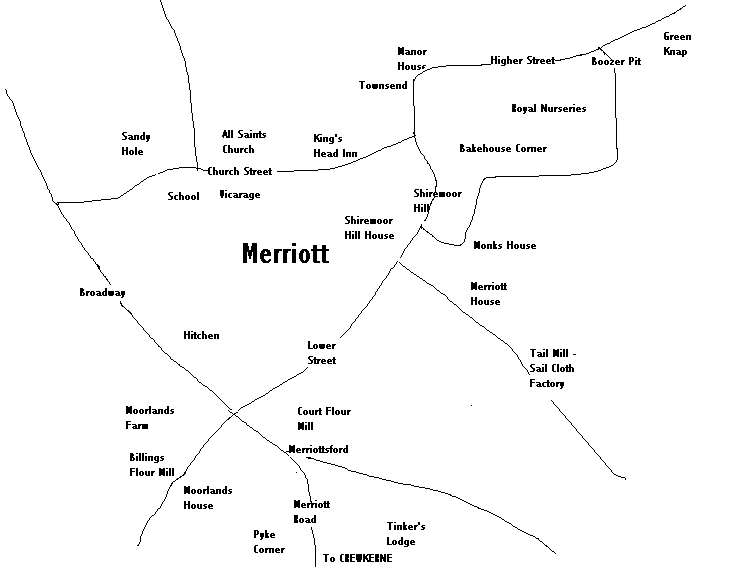 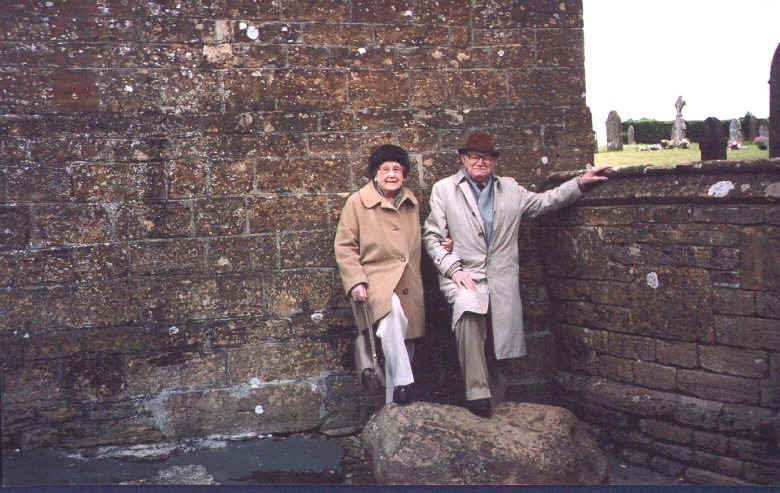 Edith and Leslie Westacott, standing with their backs to the old Merriott school.  Their feet are on the “School Stone”.  Leslie’s mom was born Emma Webb in Merriott in 1883, just across the road from the school in Sandy Hole Cottage.
Photo:  Courtesy of Barb Dembinski

Emma told her children that she and her friends ate their school lunch sitting on this stone and thru the years it was called ‘school stone’.  Leslie and Edith were a young married couple in London at the time of WWII.  When the nightly bombings began and Les was called into service, Edith was sent to Merriott to live with her mother-in-law Emma.  Edith said quite a few city people came to Merriott, Hinton St George and surrounding towns to escape the blitz.  This dear couple celebrated their 62nd anniversary this year.

For some amusing stories about Schooling in Merriott in the 1940s, have a read of David Gibbs’ anecdotes: My Quest to Become a Grammar School Nutshell and Salad Server Days. 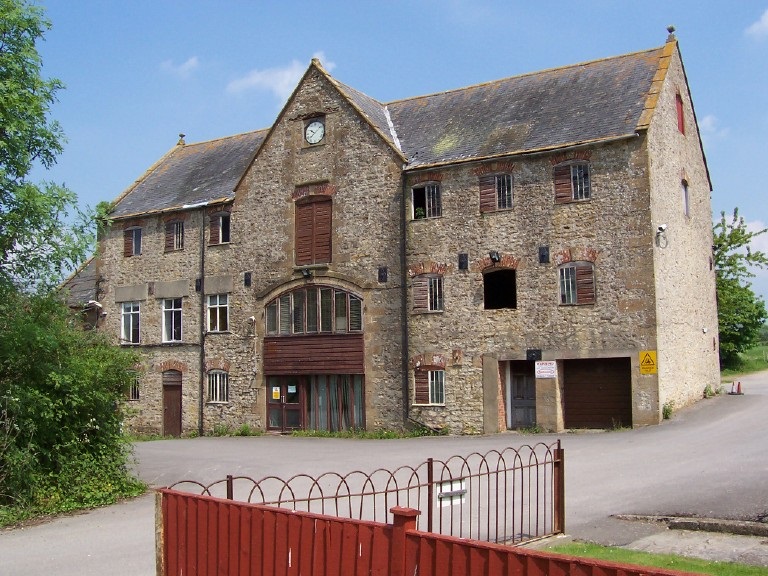 A DESCRIPTION FROM THE 1871 CENSUS OF CREWKERNE, ENUMERATION DISTRICT NO 3

I found this while perusing the 1871 Crewkerne Census.   The enumerator, Benjamin Miller, went to great lengths to describe the area of Crewkerne close to Merriott.  The bottom line is cut off on the copy I have, but the rest is clear.

“Bow Gate, a Toll Gate with gate keeper’s house only.
Haselbury Cross, consists of three cottages.
Tail Mill, a factory for the manufacture of Sail Cloth, with Manager’s and workpeople’s houses adjoining.
Great Field, Labourer’s Cottages.
Merriottsford, a Private House called “Spring Cottage”, a Toll Gate, and a Farm house.
Tinker’s Lodge, Labourer’s Cottages
Pye Corner, Labourer’s and Market Gardener’s cottages
Broadshard, one cottage only.
Haymore Mills, Flour & Grist Mills with two houses.
Ashlands is part of the town of Crewkerne, and a continuation of North Street.
North Street.  There is situate in North St a factory for the production of Sail Cloth called – “The Coker Sail Cloth Works”.
Bow Gate, Tail Mill, Haselbury Cross, Great Field, Merriottsford, Tinker’s Lodge, and Pye Corner are in the parish of Crewkerne, but situate nearer the village of Merriott than the Town of Crewkerne.
As the houses of the district, with the exception of a few in North St, are not regularly numbered, the numbers of the houses given in this book merely indicate the order in which………“

Have a look at David Gibbs’ anecdotes about the village of Merriott here.